"What does crossing the line mean in film?" Video Answers. Episode 68.

by jsmith | May 2, 2016 | The Video Production Experience, Video Answers

It’s a rule that has been used on every film since the beginning of time – at least the beginning of cinematic time. Without it, films would be confusing, disorienting, and just plain hard to watch. What is it? This rule is called “Crossing the Line”. Contrary to what you’re thinking, it doesn’t have anything to do with your teenage son pushing the boundaries.
In this episode we’ll learn about Crossing the Line and why we do NOT use it to make your video stronger. That’s now on Video Answers.

Thanks for joining me on this 68th episode of Video Answers, the resource with video production help for your business.

Film and video is all about telling a story. For your audience, that story is always seen through the eye of the camera. That’s why camera placement has certain rules.
One of those rules has to do with screen direction. Let me give you an example.
In this establishing shot, our actor is moving across the screen from right to left. So when we cut to different angles of that same action, as long as that screen direction is consistent, it all makes sense.
But the moment the screen direction changes and we abruptly see our actor from left to right, the scene becomes confusing.

The moment the screen direction changes the scene becomes confusing.

That happens when the camera breaks a rule and Crosses the Line.

What is Crossing the Line?

In every scene there is an imaginary line that runs through the scene. In this case, the line is here. 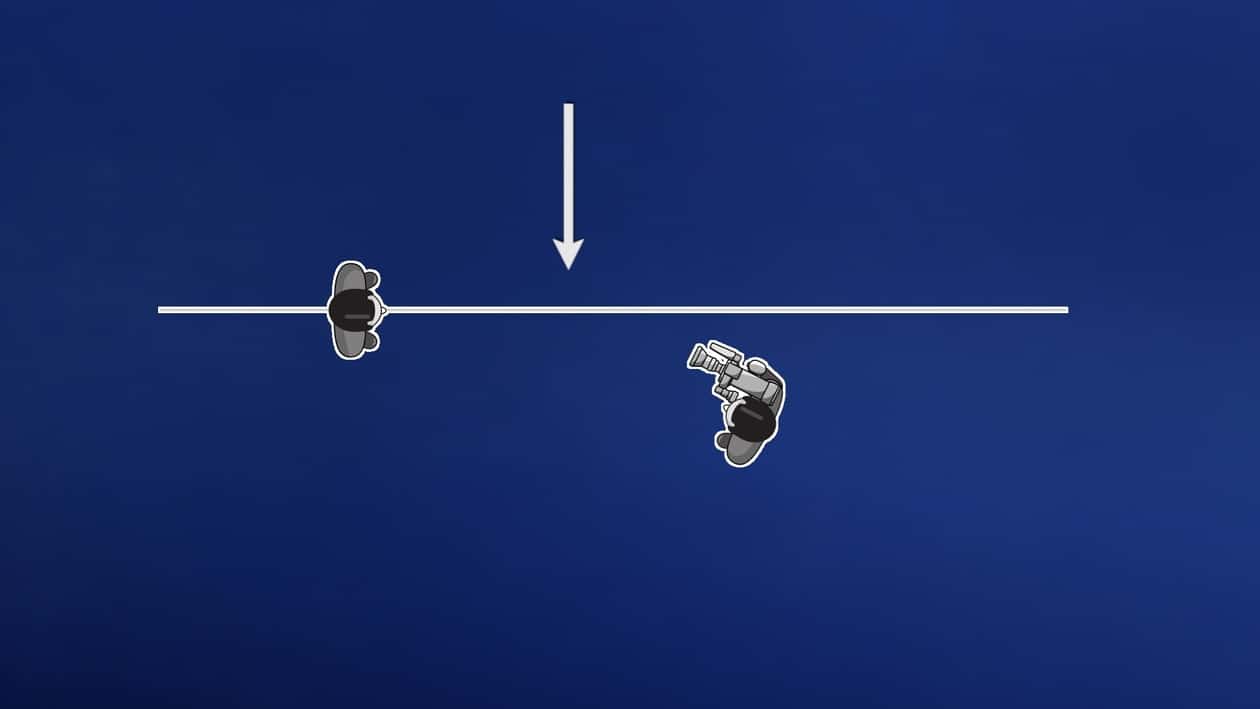 “Crossing the Line” means filming successive shots from the opposite sides of the line.

In the words of Dave Knox, author of Strike the Baby and Kill the Blonde, An Insider’s Guide to Film Slang, “Cross the line by putting the camera in the wrong place, and all hell breaks loose; it’s like driving your car down the highway on the wrong side.”
So the next time you’re on set and hear someone mention Crossing the Line, you’ll know it has nothing to do with pushing boundaries and everything to do with giving your audience a better video.

A One Word Action

Speaking of a better video, next time I want to share how a recent conversation I had with a client reminded me of a one-word action, that when practiced, will save you time and money and always give you a better video. “How can we get a better video?” That’s on our next episode of Video Answers.
Do you have questions about using video production in your business? Leave a comment below or send me email to answers@comprehensivemedia.com. I would love to hear from you.
If you found this episode helpful, please hit the like button below or share it with your friends and followers, anyone you know who can use a little video production encouragement.
Thanks again for watching Video Answers, the resource with video production help for your business.